The Burlingame B • October 21, 2019 • https://theburlingameb.org/2213/opinion/we-change-historical-events-to-complement-current-ideas/ 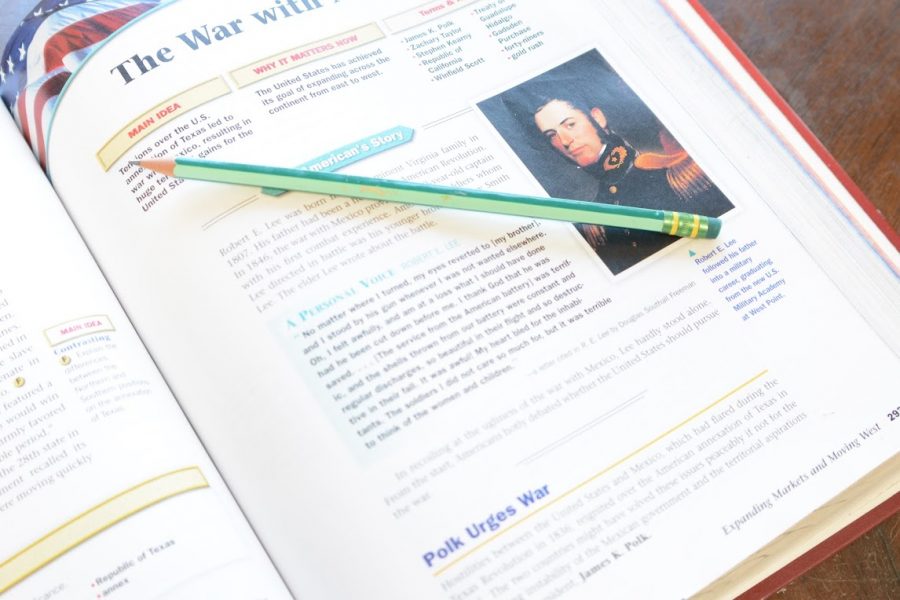 History, in theory, should be absolute and impartial. It should be fact. In reality, however, history is far from unbiased.

The telling of history changes over time. It seems surprising that an event from the past could be altered, but history textbooks written at different times often diverge from each other. This is because historians are guided by current political, social and economic issues and want to create a story that will be widely accepted. In particular, historians portray their home countries more positively than they really behaved.

This tendency causes accounts of history to become distorted and is dangerous, and causes bias and prejudice to be perpetuated.

The most famous example of this pattern is the evolution of the story of the Mexican-American war, fought in the late 1840s and ending in an American victory. Currently, it is known that the U.S. instigated the conflict. Craving land, Americans urged President James Polk to pursue Manifest Destiny. Polk ordered U.S. troops close to the Mexican border, knowing the threat would provoke a war. However, in a textbook written in 1849, just a year after the conflict ended, the author claimed that Mexico started the war.

This may seem like an inaccuracy. Since the war only just ended a year earlier, it’s plausible that a discrepancy was a result of not analyzing all the documents available, or information not being released by the government yet.

However, it is important to keep the historical context in mind. The United States’ past is flawed, to say the least. The country has supported and perpetuated some questionable ideologies, that still persist today. Some major ones include slavery and racism. In particular, racial superiority is a weighty part of U.S. history. In the 19th century, racism was an integral part of high school curriculum. When the Mexican-American war was taught in schools, teachers taught students that U.S. expansion was correct and inevitable and that Americans, being white, viewed themselves as a superior race, and had justification to conquer Mexico.

Although changes to the story of the Mexican-American war in the 20th and 21st century placed more rightful blame on the United States, we shouldn’t be reassured that we are improving as a society. Although we are recognizing our past wrongdoings, it has taken us almost a century to assume full blame for our actions. Additionally, as time goes on, progress happens and ideologies change. While racism is very much well and alive, it is more frowned on today, than in the 19th century, when it was almost a religion. This proves that context is everything. When racism was acceptable, the story of the Mexican-American war was catered to that idea. Now, it is catered toward the idea of racism being negative.

Everything changes with the times — culture, trends, people. History, seemingly the most concrete idea there is, is not an exception.