The Burlingame B • January 23, 2020 • https://theburlingameb.org/2410/showcase/freshmen-add-roster-depth-to-womens-basketball/ 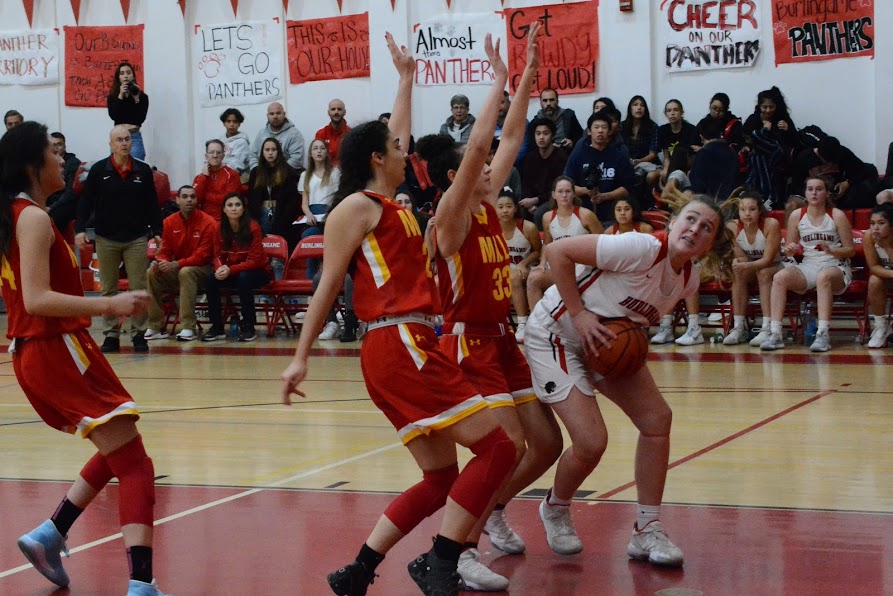 Women’s varsity basketball is nearing the end of their season with a winning record and a strong group of freshmen looking to carry their success potentially into CCS and future seasons.  In past years, the varsity team has consisted of mostly juniors and seniors. Last year’s roster did not include any freshmen, and the introduction of so many new players has forced the team’s returning players to adjust to a new team environment.

Senior Samantha Kershner is finishing her fourth straight year on the varsity team. As she joined the team in her freshman year, Kershner understands the pressure that comes along with being a freshman on a team consisting of mostly seniors.

“When I came in…I definitely felt like an outcast. [This year’s] freshmen are really fitting in well. They’ve all kind of buddied up with some other kids,” Kershner said.

The three freshmen, Fiona Burns, Michelle Moshkovoy and Ava Uhrich have proven themselves to be integral members of the team. Their talent is seen on the court, where they often outscore their older and more experienced teammates. In the team’s most recent game against Capuchino on Jan. 20, Uhrich contributed 15 points, Burns had 8, and Moshkovoy had 6. In total, the three freshmen made up over half of the team’s total score of 54 points.

Many of the seniors are returning players who have experience playing together for years, and the introduction of the new freshmen has shaken up the team dynamics.

“The freshmen are put into a bigger role than most of the seniors, so it’s an interesting dynamic…I think when you get more playing time when you’re younger I think there’s just automatic respect from the older girls. They’re all great kids and they all fit in really well with the team” said Kershner. 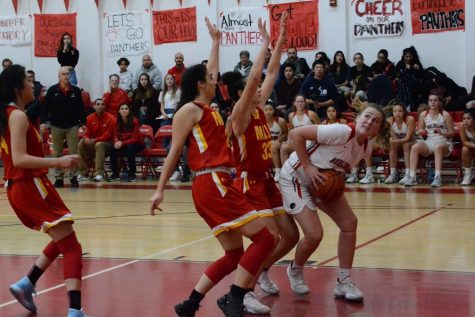