The Burlingame B • February 13, 2020 • https://theburlingameb.org/2676/cartoons/the-role-of-the-student-body-in-the-slow-turning-gears-of-our-school-culture/ 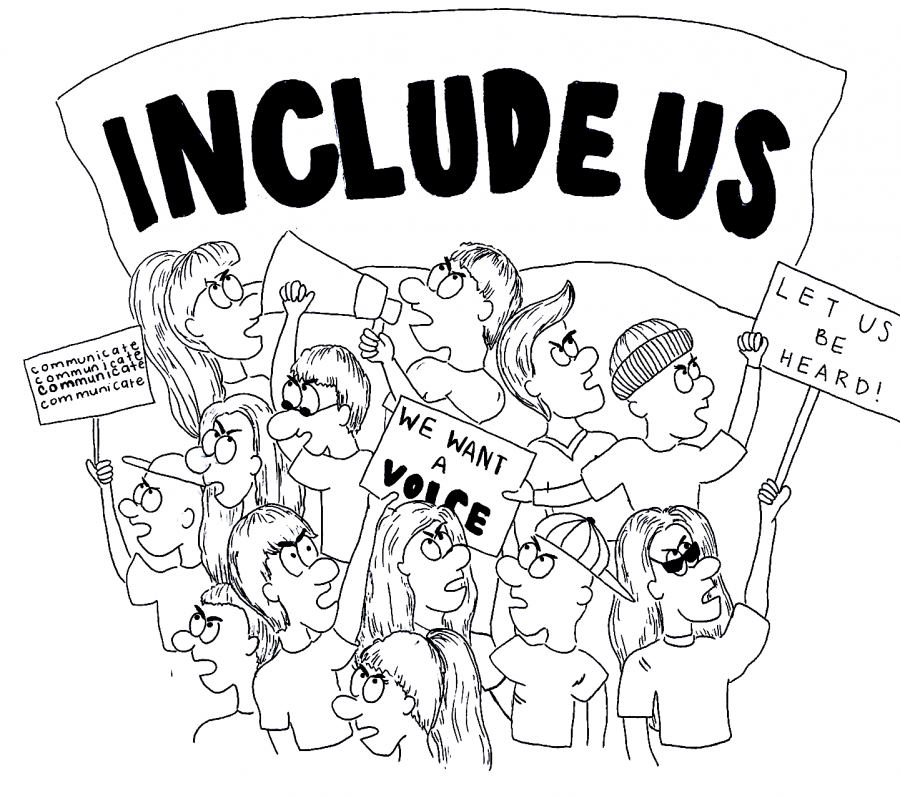 We need to increase communication between the administration, teachers and students in order to foster a closer learning community.

The Burlingame B Editorial Board 2019-2020 and Allison Szetu

Following the hateful vandalism on our campus last semester, the administration announced the incident less than an hour into the school day. They held a public forum to give students the opportunity to share their feelings and discuss with classmates. Furthermore, they excused students from class who wanted to talk to a counselor about the graffiti. They met privately with people who were particularly affected by the incident. They gave students numerous chances to communicate and attempted to further communication about the hatred in the school, but many students declined the opportunity to take advantage of them.

Additionally, our student-broadcasted news, BTV, is another way that the administration tries to communicate with students. The show gives students the opportunity to learn what important events are going on at school and participate. They do features on local students and events, highlighting the important parts of our community. But many students either lack the opportunity to watch the daily broadcast or decide to ignore it when they have the chance.

Our administration also supports our First Amendment rights to run our own publication, even when we publish content they disagree with. They cooperate with our inquiries and coordinate with The Burlingame B to make sure the truth is spread to the rest of the student body.

As students, we’re often quick to blame our administration for the problems we face. Whether it be a lack of school spirit or communication dilemmas, we play a role in how these situations are handled. Communication is a two-way street. Rather than complaining about the school environment, students should take initiative and create the community they desire.

Yet often the response to these situations is to excuse and apologize rather than to be frank with the student body. The racist, anti-Semitic and homophobic graffiti had a lasting effect on some members of the community, but adults in power have all but stopped talking to us about the incident. In fact, the only time in recent memory an administrator has addressed the entire student body about such an issue was at the cultural assembly, when Principal Paul Belzer announced that someone had torn down an Israeli flag.

Part of the problem with direct communication is Canvas. We have been using Canvas for two years now, and some teachers still do not use it as intended. Students also may not easily see announcements on the website, and many rarely click into the email tab to see messages from Leadership and others. Everyone is at fault for this and should try harder to use Canvas properly. Then again, students who have been here since the Schoolloop era were never given an in-depth Canvas tutorial or expectations for their Canvas experience.

Another issue is BTV. Not BTV itself, but the fact that many teachers do not air it in their classrooms, and when they do, some students talk over the video. This inconsistency makes it difficult to keep track of campus events and have a general sense of what the school is doing. Otherwise, students stay in their bubble of the clubs, classes and sports they and their friends are personally involved in, not really knowing about anything else.

Our school needs to streamline communication to its students. Apart from BTV, which should be enforced as a mandatory part of fourth-period classes, the administration should take more time to address students in person. Currently, unless students have a school leadership position, it is inconvenient and difficult for them to talk to the administrators. Belzer and his coworkers are in charge of the school, but they should also be working alongside the student body. No one likes to be kept in the dark.