The Burlingame B • November 23, 2020 • https://theburlingameb.org/3463/features/survey-reveals-shallow-environmental-initiatives-in-the-burlingame-community/ 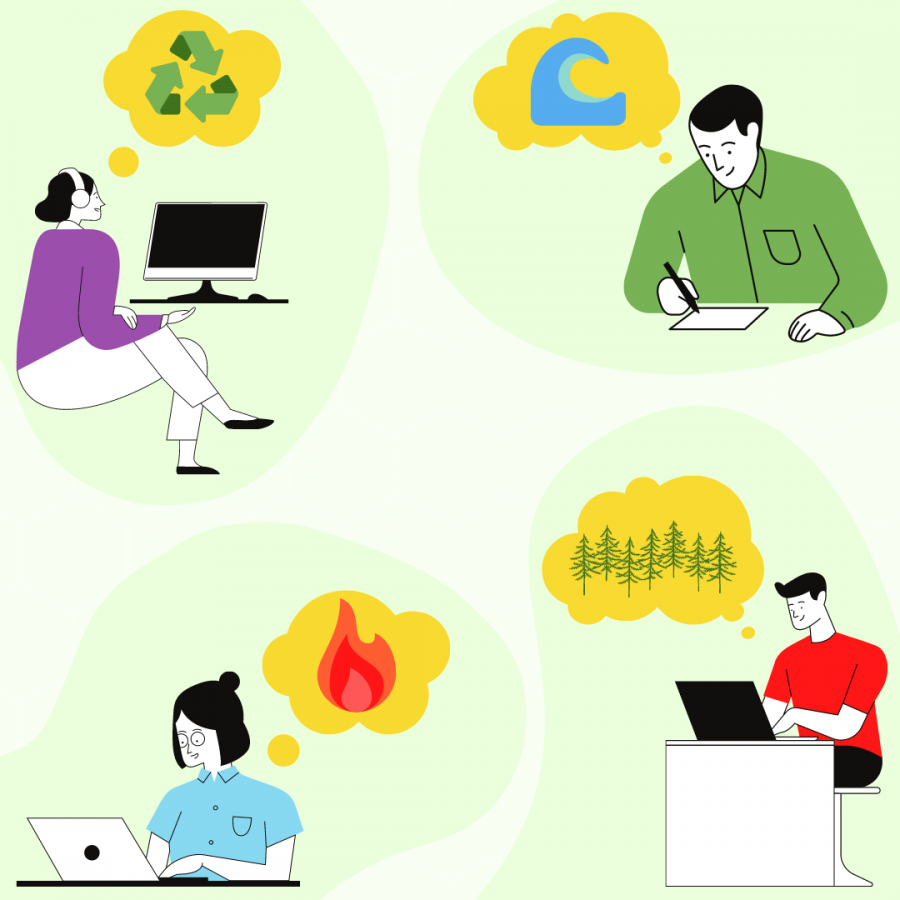 In the climate change survey issued by juniors Tess Dakin and Hrudhai Umas, students factored many prevalent environmental issues into their responses.

On Oct. 23 Tess Dakin and Hrudhai Umas, juniors and Youth Climate ambassadors with the San Mateo County Office of Education, sent out an online survey to the Burlingame student body with hopes of assessing our community’s knowledge and perceptions of climate change. As of Nov. 7, the survey had received 226 responses from students in all grades; many were encouraged by their teachers to take the survey during science class. Of these students, 60.2% said they felt climate change was affecting them right now, 19.5% did not and 20.4% were not sure. Some students were able to easily pinpoint parts of their life that are presently and directly affected by the changing climate.

“Climate change is causing less snow in certain places, and this limits my availability to ski, which is my favorite thing to do in the snow,” freshman Drew Lyons said on the survey.

Other students expressed concern for others regarding the observable effects of global warming.

“I have had family that have had to evacuate from fires, and that scares me,” Alicia Melo said in her response.

A pattern in these data is the introductory steps students are taking to help the environment, but their interest in learning about climate change and engaging in activism is underwhelming given the prominence of the issue. Eighty-eight of the respondents expressed interest in getting more information on climate change, while 117 may be interested in the future, but not presently and 21 were not interested at all. Of those who were interested in more information, roughly 70% wished to learn how to take action. While the motivations behind their responses were not clear, the figures elucidate the issue of relatively underwhelming environmental activism and initiative.

“I think that the results show how Burlingame students are definitely making steps towards being environmentally friendly and are aware of the urgency of fighting climate change, but we do need to keep educating each other on the issue and continue taking more steps to live sustainably,” Dakin said.

Most students fail to comprehend the urgency of the issue because they don’t recognize tangible differences in the environment.

“Our generation has precisely seven years and 53 days, based on the climate clock in New York, to approach zero emissions. Students need to understand how climate change disquiets them to achieve our emission goal,” Umas said. “It is up to Gen Z to make a change, and our future generations depend on us. Educating people on climate change, including what changes they need to make is very important in this fight.”