The Burlingame B • November 30, 2020 • https://theburlingameb.org/3498/showcase/no-science-to-back-up-blue-light-glasses-students-still-love-them/

No science to back up blue light glasses, students still love them 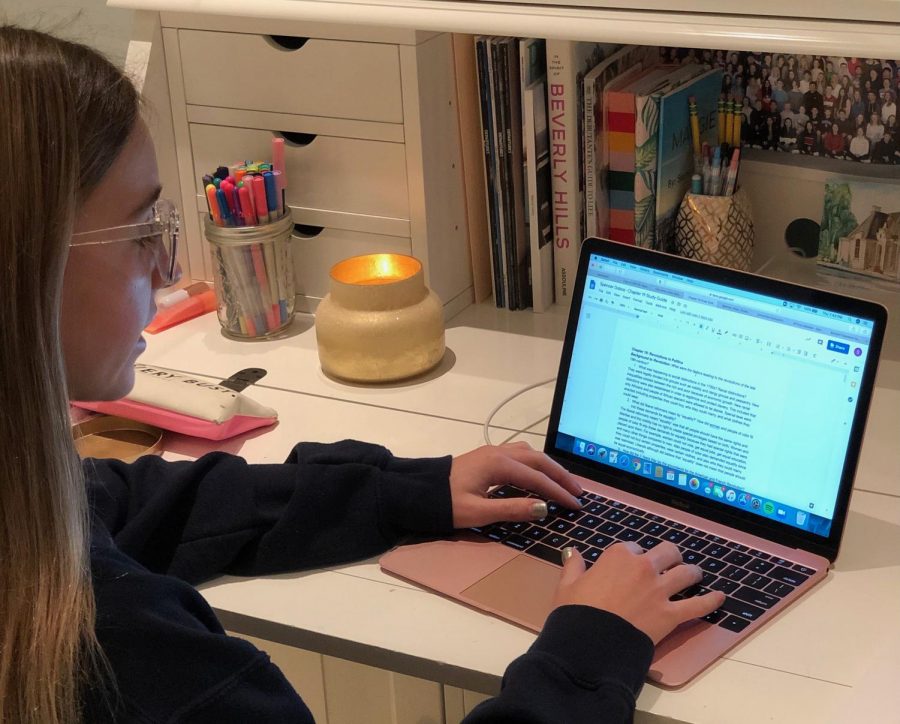 With distance learning leading to an increase in screentime, students at Burlingame have purchased blue light glasses, which are advertised as glasses with lenses that block out blue light from electronic devices. Blue light is naturally produced from the sun and affects our circadian rhythms which control our melatonin production, ultimately affecting sleep. Modern technological devices artificially produce blue light, which students and other people who spend extended amounts of time on screens have become concerned with.

The glasses were first invented to help wearers with their sleep schedule, but recently, students and other people who spend a lot of time on their computers have started to believe that they prevent eye disease. Dr. Jacqueline T. Koo, M.D., a Bay Area ophthalmologist, said that there is no formal research backing these claims.

“There hasn’t been any proof or any evidence that the blue light from electronics causes any eye disease, and the American Academy of Ophthalmology doesn’t necessarily recommend any kind of special eyewear for computer users,” Koo said.

Many students, including junior Rajiv Koliwad, wear their glasses during classes or while doing homework.

“I wear them when I do my physics or [computer science] homework really late because usually there’s no way you can do it off of the computer,” Koliwad said.

As the glasses gained popularity, and people began to spend more time on their devices, many students thought that blue light glasses may help with eye strain as well. Junior Christine Caulfield experienced eye problems, prompting her to try wearing blue light glasses.

“[I had eye strain] when I was looking at the screen for a while. I would get headaches and [my] eyes would just not feel right, but now that I have [blue light glasses], it feels better,” Caulfield said.

Although there is no scientific evidence that the glasses prevent eye strain, students and other wearers do believe that they help.

“A third [of my patients] say, ‘Oh, I like them.’ A third are like, ‘I don’t know,’ and a third, who are like ‘these are super annoying to wear.’ So I kind of tell people there hasn’t been proof, it’s a lot of marketing towards it, but there hasn’t been necessarily proof that they caused damage wearing them either,” Koo said.

Due to the lack of research and information about these glasses, people assume that the glasses will solve all of their problems and discount the real cause of their eyestrain, looking at the computer for too long.

‘It’s usually just looking at the computer all day, you know, without blinking, that’s causing the eye strain. So typically, people can get eye strain or their eyes get dry or their eyes when they look up it gets kind of blurry or sometimes they get headaches,” Koo said.

As Koo stated, there is no concrete evidence that the lenses assist wearers at all, except to help our circadian rhythm be unaffected by the blue light from our computers.

To prevent eye strain and headaches, Koo and other ophthalmologists recommend the 20-20 method: every twenty minutes, look twenty feet away for twenty seconds. She also recommends that people turn off their devices thirty minutes before they go to bed.