The Burlingame B • January 29, 2021 • https://theburlingameb.org/3712/showcase/burlingames-students-and-teachers-are-listening-to-podcasts/

Burlingame’s students and teachers are listening to podcasts 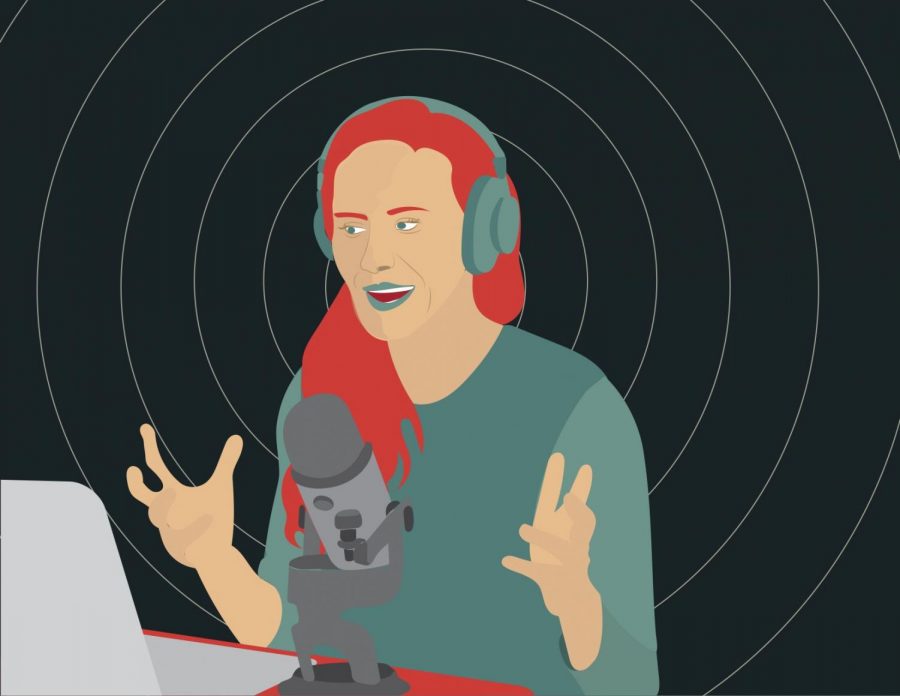 Students and teachers at Burlingame have been listening to podcasts as a way to tune into their interests while doing daily activities. Podcasts are run in different styles depending on the type of show: they can be conversational and relaxed or educational. Podcasts are produced by people whose experiences differ widely, and while some give advice, others tell extravagant stories or talk about everyday news.

Senior Bing Lin has mainly been listening to a podcast called “Life Kit” by NPR, along with another show called “Blamo!”. He likes “Life Kit” because it shares in-depth input on many random subjects. “Blamo!”, a show about fashion and the fashion industry, was recommended to Lin by other content creators. He often listens to podcasts while doing school or independent work.

“If I’m doing math or doing computer science stuff… it’s fine to have words in the background,” Lin said.

“Life Kit” episodes are 20-30 minutes long and cover many different subjects. The episodes explain a lot of information in a short amount of time with intent to educate listeners on a variety of topics ranging from diversity to healthy lifestyles to picking colleges. There are also numerous how-to episodes, such as an episode about how to brew a cup of coffee, along with an episode about how to make a career change. Lin had previously listened to one about creating music playlists.

Senior Gemma Rice has been sticking to her two favorite podcasts, “Views,” hosted by David Dobrik and Jason Nash, and “How I Built This” by Guy Raz.

“‘Views is a funny podcast where they tell about their lives and what they’ve been up to, and ‘How I Built This’ on NPR… [is where] Guy interviews people from these businesses… and they tell their story of how they built their business,” Rice said.

Rice shares that she started to listen to podcasts while driving during her sophomore and junior years, especially on her way to school. Although she now spends less time driving due to the pandemic, she has incorporated them into her daily routine because she thinks that they are more intriguing than music.

“I love listening to podcasts on runs,” Rice said. “It’s just a good way to spend the time.”

Tim Larkin, an English teacher at Burlingame, also listens to podcasts. His favorite two are “Radiolab” and “Fresh Air,” both of which are produced by NPR. Larkin had previously listened to shows on the radio, but because of the inability to rewind, he started listening to them as podcasts.

An eight-episode-show called “Wind of Change” was especially striking to Larkin.

“There was a band called the Scorpions in the 1980s, and they were a German heavy metal band… They wrote this song called ‘Wind of Change,’” Larkin said. “And it became the biggest song in the world, number one hit anywhere. And there’s this crazy rumor that the CIA actually wrote that song to try to [use] it like a propaganda tool.”

There are numerous different genres of podcasts and an abundance of shows in each genre, so it can be overwhelming to find the best fit for your preferences.

Below is a list of podcasts recommended by students and teachers:

“The Journal”
“Planet Money”
“How I Built This”