The Burlingame B • March 4, 2021 • https://theburlingameb.org/3904/opinion/high-fantasy-in-the-modern-world-amazons-prequel-to-lord-of-the-rings/

High fantasy in the modern world: Amazon’s prequel to Lord of the Rings 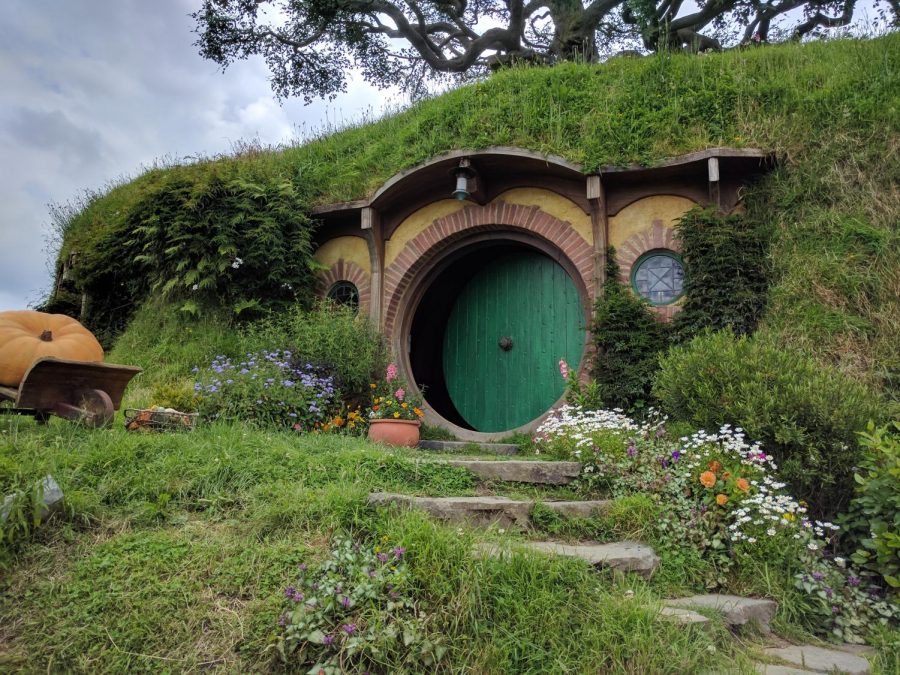 Amazon is filming its upcoming “Lord of the Rings” prequel TV show in New Zealand, following in the footsteps of Peter Jackson’s previous films. Pictured above is Bag End at the Hobbiton Movie Set in Matamata, New Zealand.

In January of 2021, Amazon released further details regarding their upcoming unnamed TV show that is set to take place in Tolkien’s second age, thousands of years before the events of “The Hobbit” and “The Lord of the Rings.” Previously, in November 2017, Amazon bought the rights to make the TV show from the Tolkien Estate, HarperCollins and Newline Cinema for $250 million. With costs for production expected to be over $1 billion, it will be the most expensive TV show ever produced. Even with all this money, many faithful Tolkien fans, myself included, remain cautiously optimistic about Amazon’s upcoming adaptation.

As a Tolkien fan, I am no stranger to being let down by new films. While I was blown away by “The Lord of the Rings” film trilogy, “The Hobbit” trilogy was sufficiently lackluster. Bogged down by Warner Bros. Picture’s desire to recapture the commercial success and cultural significance of the Lord of the Rings trilogy, The Hobbit trilogy struggled to convey the book’s original meanings.

“They took something that was a story of heart, love, magic and weirdness, but they wanted to make an action series of it,” history teacher Annie Miller said.

Not only did it miss the mark when it comes to faithful story telling, but many deviations from the books seemed to be fringe attempts at appealing to modern audiences. For me, the introduction of Tauriel, a character that did not exist in the books, immediately comes to mind. She was introduced in part to diversify the male-dominated cast to follow modern progressive ideals, but was poorly integrated into the story, resulting in a messy character arc that was one of many sore thumbs that spoiled the movies for many fans. While it is important for inclusivity to be ingrained in our culture, it shouldn’t be done in a way that compromises the storytelling of a film as Tauriel does in “The Hobbit” trilogy.

In the modern age of progressivism, it is easy to see that Amazon might take a step in this direction for their new TV show, especially considering that the second age of Tolkien’s works lacks any specific story like “The Hobbit” or “The Lord of the Rings.”

“The second age is so grand,” history teacher Jim Chin said. “It’s literally 3000 plus years so there’s a lot of untapped stuff you can go into.”

For Amazon, the new series is nearly a blank slate and it is expected that they will create new characters in order to make an interesting narrative, and perhaps some of these new characters will be made to help address modern ideals of diversity. If this is the case, I sincerely hope that they take their time to properly develop these characters so as to not seem like forced attempts to adhere to modern standards.

While the near-blank slate nature of Tolkien’s second age may allow Amazon to create new characters, the meaning of his works still remain clear. Tolkien’s classic and at times simple themes are still what appeal to many fans.

“Maybe I’m silly or naive,” Miller said. “But I still love an epic adventure of good and evil, and good overcoming evil.”

In this respect, there is really no excuse for Amazon to deviate from Tolkien’s original themes. Unfortunately, this may seem to be the case.

In 2017, Jeff Bezos, CEO of Amazon, mandated that Amazon Studios bring him the next “Game of Thrones.” More recently, controversy arose after fans spotted casting calls for extras comfortable with nudity and the hiring of an intimacy coach. While this does not necessarily mean the TV show will go full “Game of Thrones” in terms of promiscuity, any step in this direction deviates strongly from the original themes. Tolkien famously refrained from any explicit material in order to maintain a level of purity in his works. Love does play a significant role in his stories, but it is never sexually charged.

“The appeal of the love story has never been about the physicality of it, at least the Tolkien stuff,” Chin said. “It’s more about when everything is bleak and everything is hopeless human beings choose to love one another, whether it’s in a romantic fashion or just in a bond of humanity fashion.”

Within Tolkien works, there is no sexual content in stories such as “Beren and Lúthien,” but that doesn’t prevent them from being great love stories. If anything, it makes them stronger, drawing on different themes to substantiate a character’s love instead of relying on just sexual attraction.

While the rumours, speculations and previously failed adaptations of Tolkien works may lead many fans to be wary of the upcoming Amazon show, there is still much to look forward to. Afterall, it will be the largest budget TV show in history and it is still being filmed in the beautiful scenery of New Zealand. As of now, we can only sit and wait for Tolkien’s second age  to come to the small screen.