The Burlingame B • March 4, 2021 • https://theburlingameb.org/3907/opinion/schools-and-statues-why-not-streets/

Schools and statues. Why not streets?

The case for renaming Easton Addition 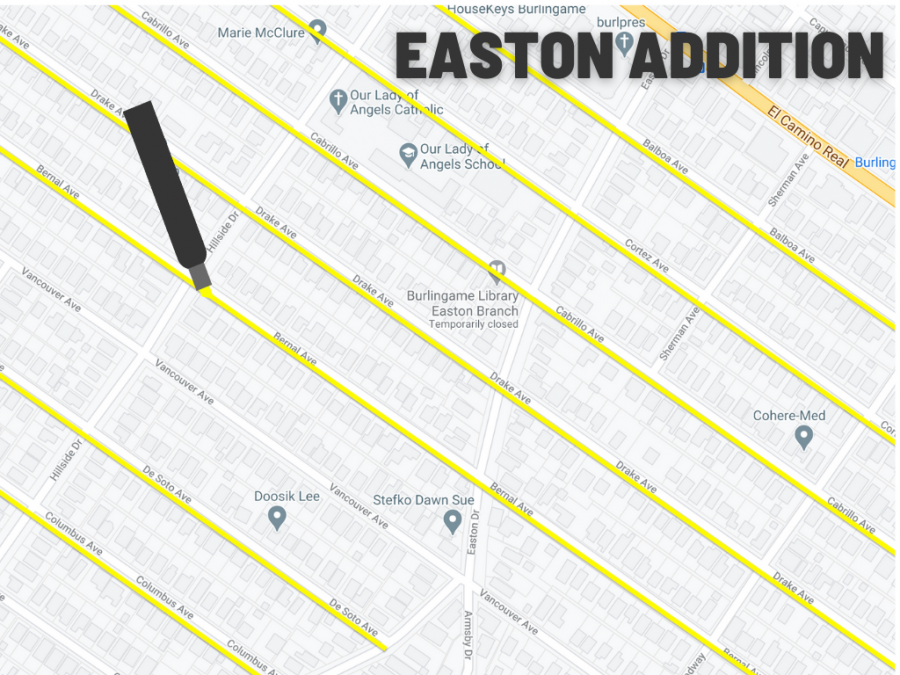 In the Easton Addition, many of the streets are named for early conquistadors and explorers who brought genocide and colonization to the Americas.

In my 14 years on this planet, our society has grown more aware of the people we put on pedestals, glorify in textbooks and immortalize with monuments. Slowly, we have realized that the history we celebrate reflects the present values we embrace and encourage. On our schools and our statues, we have replaced the names of oppressors — confederate leaders, slave owners and bigots — with those of reformers.

Through mass societal movements, we have shown future generations that not only are social justice and equity worthwhile pursuits, but true courage and morality are rewarded rather than resented in our nation. I am proud to be part of an increasingly cognizant and considerate generation in a time of changing norms.

Yet for each of those 14 years, I have also lived on Columbus Avenue. I have honored a conquistador, an oppressor, an instigator of genocide — not with a statue in a park or a story in a book, but with the street sign outside my bedroom window.

While our society moves forward, scrubbing away the blood stains of our past, I have continued to honor Christopher Columbus. Six years ago, we stopped celebrating Columbus Day, renaming the holiday in homage to the plight of Indigenous people. But each year, I write Columbus on soccer registration forms and field trip permission slips, signing the address on Amazon orders and homemade Christmas cards. We took Christopher Columbus’s name off of our schools and our calendars; we removed his statutes and banished his story to our history books, but we continue to herald him on the streets of our city.

Columbus Avenue has particular significance for me. It is my home. But Columbus is far from the only conquistador we honor on the streets of the Easton Addition.

If you were to drive or walk along the tree-lined street of Easton Drive, you would first pass Balboa Avenue. Then Cortez. Then Cabrillo. Drake. Bernal. Desoto. Columbus. Castillo. Each day, as I walked home from elementary school, I would skip past these street signs, entirely oblivious to the fact that I was crossing roads named for instigators of colonization and genocide.

On his explorations, Vasco Nuñez de Balboa would conduct barter for gold, wage war for blood, and use torture for information from Indigenous people. He was ruthless, a conqueror claiming two prizes: gold and slaves.

Hernán Cortés’ (Cortez) men are estimated to have killed up to 100,000 Indigenous people in their barbaric invasions of the Aztec empire, plundering Tenochilan, the most populous city in Mesoamerica.

Juan Rodríguez Cabrillo was Cortés’ sidekick, ruling by the Spanish encomienda system and subjugating native people to labor and abuse — women given to his sailors, and men forced to work in the gold mines that supplied his fortune.

Francis Drake, like most explorers of his time, engaged in piracy. When he circumnavigated the globe, it was not for the honorable purposes of navigation or discovery, but to secure further treasure and ensure a permanent fortune for himself.

Bernal Díaz del Castillo used his experiences and conversations with fellow soldiers to write a book titled “The True History of the Conquest of New Spain,” falsely claiming that he had first-hand experience of native cannibalism and human sacrifice.

While exploring the southeastern coast of the U.S., Hernando de Soto’s men used captive Native Americans as guides, and, in a battle in modern-day Alabama, killed hundreds of Indigenous people.

Christopher Columbus embodied the worst of these men, unleashing devastating terror on the places and peoples he conquered, prompting mass genocide through brutal violence, abuse, famine and the unhindered spread of European diseases.

These explorers were not solely responsible for these atrocities, but they instigated and laid the foundation for the genocide and colonization of their respective territories. They fueled three centuries of expansion and conquest, and an absolute disregard for any notion of our common humanity.

In Burlingame, we pride ourselves on inclusion and acceptance, on welcoming anyone who walks our streets.

But how does someone feel included and accepted when those streets are a constant reminder that their community honors — or, at the very least, tacitly tolerates — conquerors who catalyzed the persecution and oppression of their race?

And how does someone feel included and accepted when a neighbor or a friend seems oblivious to the significance of these street names?

I will, without hesitation, yell “I live on Columbus!” across a soccer field to a teammate or across the school yard to a friend. I love to believe that I choose my words wisely; perhaps, I would think twice before issuing such a damning reminder of our world’s abhorrent and exclusionary past. Yet, I go on without a second thought, numb to the impact of my words.

I am also white. While I read about the oppression tainting every page of U.S. history, neither I nor my ancestors lived it. While Columbus’s name goes against everything I purport to stand for, my very existence was not at all threatened by his cruelty. When I write and say Columbus without flinching or second-guessing myself, it is because I have the privilege to be flippant and to forget.

When I come back to Burlingame 20 years from now, my own children in tow, I will tell them about my memories of these streets. I will show them the roads I toddled, ran, biked and drove down: the streets of lemonade stands and bake sales, of first friends, first crushes and first sleepovers. But the street names must be changed.

Perhaps my memories will be a little more obscure because the streets will be all mixed up, because I can’t remember which street gave out king size chocolate bars on Halloween and which street I tripped down, sprinting home from school in the rain.

But that is a sacrifice I want to make. I can easily sacrifice a part of my identity to preserve and honor the identities of millions of others. Memories are powerful, but new street names will teach my children far more valuable lessons: that representation matters, that progress is possible and that lingering in our past only stops us from embracing the potential of our future.

Essentially, changing our street names will show the next generation that today and every day, we have the power to demand reparations from our leaders, to demand that those we honor on our streets truly mirror the values we hold dear in our community: justice, equity and the constant pursuit of both.