The Burlingame B • April 4, 2021 • https://theburlingameb.org/4032/showcase/new-netflix-movie-moxie-could-have-inspired-thousands-of-teenagers-but-misses-the-mark/

New Netflix movie “Moxie” could have inspired thousands of teenagers, but misses the mark 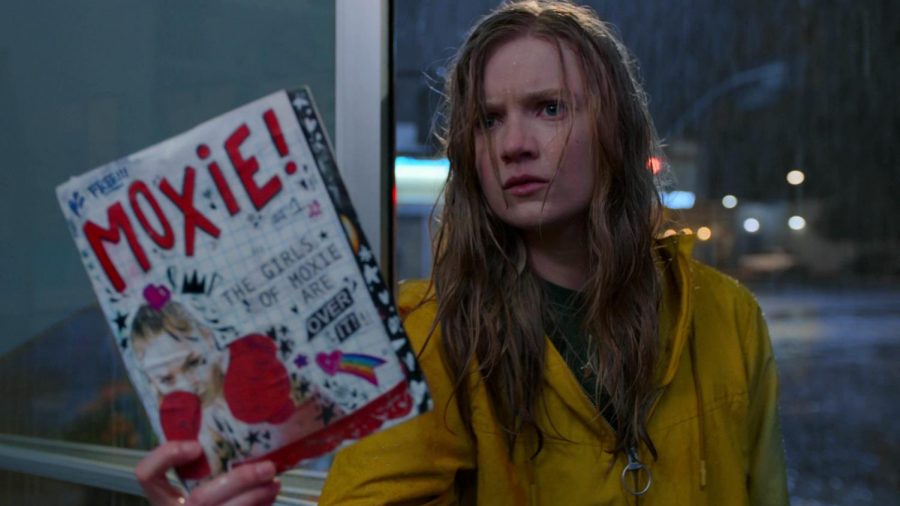 This high school feminist revolution movie was released on Netflix on Mar. 3, 2021.

“Moxie” attempts to inspire teenage girls to stand up for what they believe in, but it ends up being a cliche high school drama. Sixteen-year-old Vivian (Hadley Robinson) is inspired by her mother (Amy Poehler) and the new girl in school, Lucy (Alycia Pascual) to start an anonymous zine fighting harassment in her high school. She leaves a copy of the zine in the girl’s bathroom with the hope to unite the girls in her school in fighting the patriarchy. She includes a task for the girls: draw hearts and stars on your hands to show support for the movement. After that first activity, her campaign gains momentum and a revolution is started.

The message is clear: girls should not be silenced, especially when they are being targeted by the popular jocks in their school. But, the idea was overshadowed by the multitude of other messages on nearly every single issue that high school students face. Like every other high school drama, there are friend problems and a love interest that aim to contribute to the plot, but they end up distracting from it. Poehler’s intent was clearly to paint a picture of a typical teenage girl’s high school experience, and it might be in some places, but details she included are nothing that I have ever seen or heard of happening in a high school. From the principal who basically approves of harassment to an impromptu date in a funeral home, the movie includes ideas that seem unfathomable to an actual high schooler.

The movie is soundtracked by ‘90s hit songs which help Vivian to become enthusiastic to start her revolution, including “No Going Back” by Yuno and “Double Dare Ya” by Bikini Kill. These musical additions added a fun element to the movie, but they were the only component of this movie that shined. There were no spectacular cinematic scenes or stunt scenes that really caught my attention.

As a 16-year-old girl, I am a part of this movie’s target audience, but I felt far from motivated after watching it. The unrealistic nature of some of the scenes made this story feel inapplicable to my life. Had this movie featured actors of the age that they were playing, instead of 25-year-olds playing high school juniors, less cliche rom-com elements, and some more realistic situations, this movie could have had an impact on girl’s lives.