The Burlingame B • September 30, 2021 • https://theburlingameb.org/4217/news/board-of-trustees-punts-again-on-a-vaccine-and-testing-mandate-for-extracurricular-activities/ 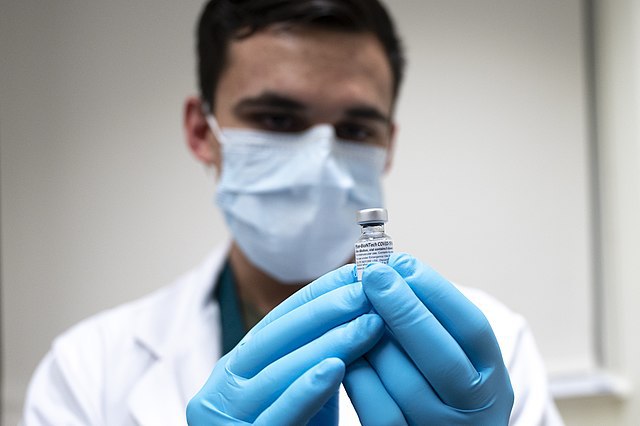 Despite two Board meetings largely devoted to public comment and deliberation over an extracurricular vaccine and testing mandate, the trustees have yet to reach an agreement. As of Sept. 26, 86% of students in the district were vaccinated for COVID-19.

The San Mateo Union High School District Board of Trustees again postponed a vote on a mandate that would require a COVID-19 vaccination or a weekly negative test for all extracurricular participants by Oct. 2. Instead, at a lengthy meeting on Thursday, Sept. 23, the Board asked the administration to return with a more detailed policy in three weeks, as some vague elements of the policy left the trustees arguing over small details.

“If we aren’t inclusive, if we aren’t comprehensive right now, we aren’t doing our job,” Trustee Greg Land said. “We need to get something done, but I’m not going to vote for something that doesn’t make sense.”

The final decision, approved despite objections from Trustees Ligia Andrade Zúñiga and Peter Hanley, was to reconsider an amended policy at the next Board meeting on Oct. 14.

This places the administration under pressure to produce a revised version of the policy that considers vaccine or testing requirements for all attendees and offers a timeline for stricter measures in the future.

Trustee Linda Lees Dwyer offered a solution to the problem: universal testing for all attendees of extracurricular activities — participants and audience members, regardless of vaccination status — to catch any COVID-19 cases and avoid drawing exclusionary lines between students.

“The intent of the policy is to eliminate as much transmission as possible on our campus for our students,” Trustee Dwyer said. “If that’s our goal, we have to keep it so simple that we can achieve it. And the only way to really achieve it is to test everyone 48 hours before an event.”

Superintendent Kevin Skelly countered Dwyer’s idea, saying that testing for 9,000 students would be impossible without a substantial disruption to learning. But both Trustees Land and Robert Griffin agreed with Dwyer’s general sentiment: the policy needed to broaden in scope without entirely restricting students.

An alternate proposal, offered by Trustee Hanley and embraced by Trustee Zúniga, would have amended the policy to require a first vaccination by Nov. 15 and remove the weekly negative test alternative. However, the motion fell flat without support from the other Board members.

The Board will hear an updated proposal from Superintendent Skelly at their next regular meeting on Oct. 14. Expect further public comment from teachers, community members and parents, along with deliberation from the trustees as they attempt to reach consensus.