The Burlingame B • November 23, 2021 • https://theburlingameb.org/4342/showcase/cross-country-wraps-up-season-at-ccs/ 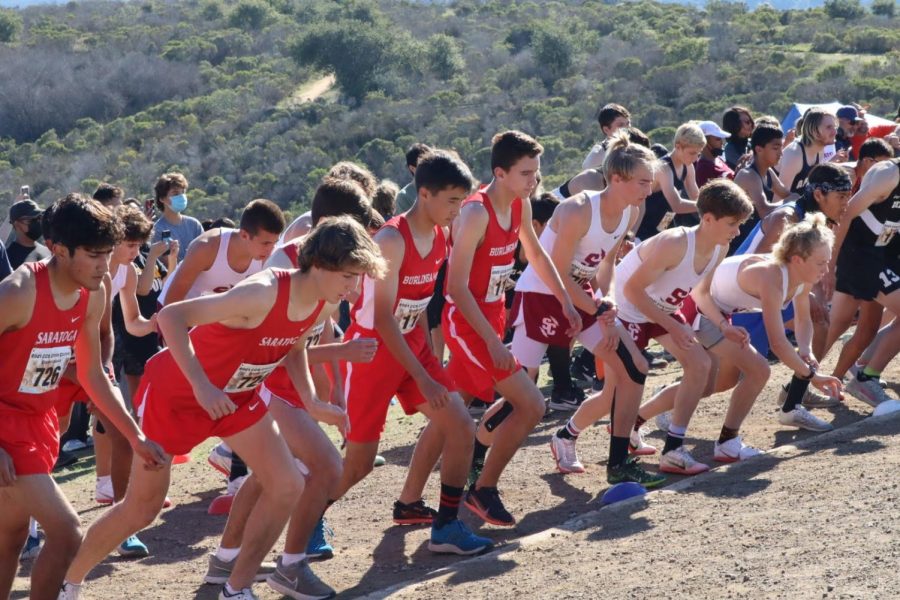 Burlingame runners Evan Kim and Lucas Keeley, both from the boys’ varsity team, competed at CCS against 13 other schools.

The entire girls’ team qualified to compete in the CCS meet and finished 10th out of 16 teams. Two of the team’s boys qualified, and both placed in the top 50 for individuals.

“I think [their placements] were fantastic,” coach Chris Coleman said. “I think all the runners performed extremely well in not ideal conditions … and gained valuable experience in the process.”

Junior Minnoli Raghavan, who has been on the team since her freshman year, was proud of the girls’ teamwork.

“I think the whole team tried really hard,” Raghavan said. “And we were able to improve a lot, which was really good.”

Sophomore Evan Kim from the boys’ varsity team, who qualified for CCS along with freshman Lucas Keeley, felt that nearly daily practices were a large factor in his improvement throughout the season. Additionally, the supportive team environment pushed him to work harder and qualify.

“Everyone [on the team] is super nice and is very community-based,” Kim said. “The encouragement from everyone is really great, and I actually feel like it helps me run faster, and it helped me get to the end, even when it’s really tough.”

The team spirit that both Kim and Raghavan recognized, was also seen in freshman Shauna Blum, according to Coleman. She qualified for CCS based on her effort, but elected to give up her spot to allow two upperclassmen on the girls’ varsity team to run instead.

“She received a sportsmanship medal and award from the CCS organization …  it really shows the team aspect of our sport, in addition to the individual, and we’re very, very proud of her,” Coleman said.

The cross country team’s season has come to an end, but Coleman had a closing message for the team.

“Absolutely, incredibly well done throughout the season, through the tough running conditions and through our first full season since Covid,” Coleman said. “I think everybody performed extremely well and am very, very proud of what they have accomplished.”