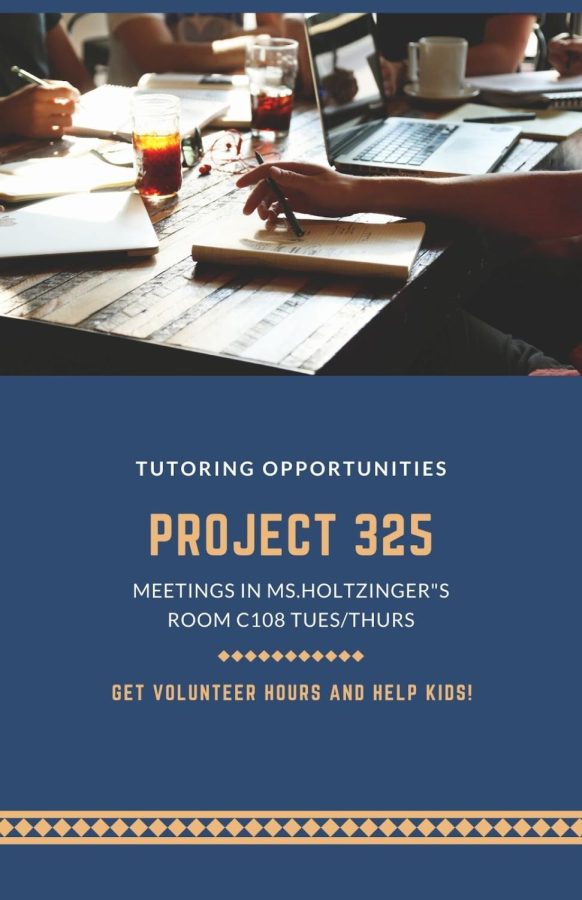 Originally finding LifeMoves through a volunteer group, junior Claire Guglielmi wanted to bring her passion for volunteering to Burlingame in the form of a tutoring club, Project 325. The club’s name originates from their identification number with LifeMoves, 325.

LifeMoves is a nonprofit organization that provides emergency interim housing, food and other necessities, as well as supportive services such as case management and prevention.

Guglielmi found volunteering with LifeMoves to be extremely rewarding and wanted to share her passion for helping others with Burlingame students. Last year, Guglielmi tried to start her club, but was turned down by LifeMoves because they already had enough tutors. Trying again this year, the organization accepted Gugliemi’s club.

“I thought this would be a great opportunity to connect Burlingame students with volunteer work and to meet kids within our community and support them,” Guglielmi said.

After the club was approved, Guglielmi, alongside juniors Esther Kim, Stella Wettan and Amanda Nolan, filled out the club application.

In order for Guglielmi to get Project 325 running, she had long email conversations with a supervisor from LifeMoves and met with him to hash out details. She then spoke with Nicole Carter, Burlingame’s leadership advisor, to get leadership approval.

Despite the lengthy efforts thus far, the team is still working on getting the club off of the ground.

“Right now we are looking to set up the tutoring,” Guglielmi said.

For a Burlingame student to become a tutor, they must fill out a series of confidential forms regarding the privacy of tutees’ identities and their financial and residential situations. Secondly, there are required orientations to ensure the safety of both parties.

“[Tutors] are trained in orientation to recognize safety issues, so if you do recognize some issues within the household or in the background of the Zoom, you would report that,” Guglielmi said.

Finally, the student would officially apply and, if approved, begin attending Zoom meetings every Tuesday and Thursday. The Zoom meetings are facilitated by LifeMoves faculty, who begin the meeting with everyone in the main room before separating students into breakout rooms.

The tutors are paired with different students each week, and they make an effort to introduce themselves in hopes of creating a more comfortable environment.

“I think our biggest goal is just getting tutors and getting people into the LifeMoves program and setting up that connection,” Guglielmi said.

Looking further into the future, Guglielmi wants to set up book donation drives or organize read-aloud sessions for younger children once the foundation of the club is strong.