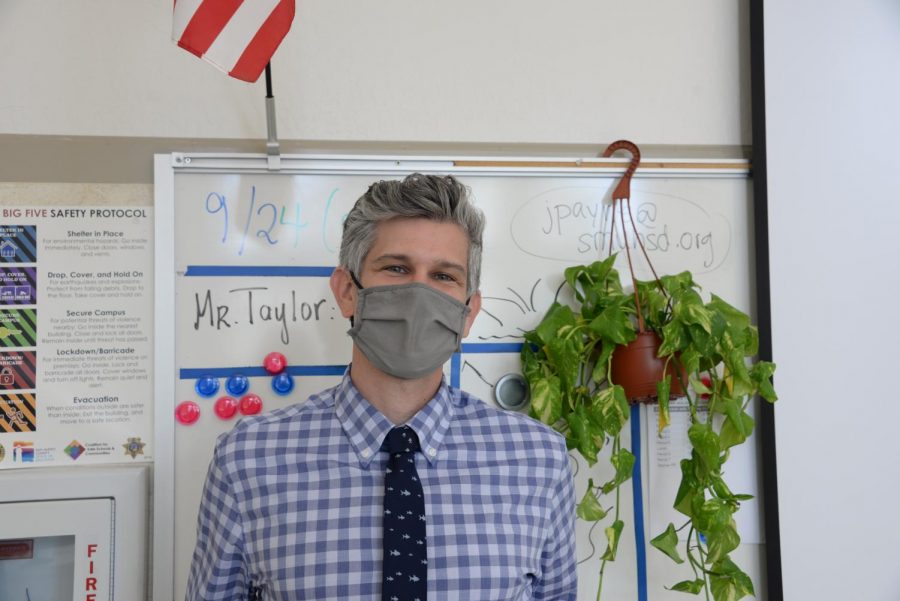 Taylor White, or as his students adorn him, Mr. Taylor, has had anything but a typical career path. White went from pursuing law, getting his comparative literature major, to then taking a chance on teaching English Second Language (ESL) in Seoul, South Korea.

After he came to a decision, White started talking with his friends who were teaching ESL overseas in Japan.

“I want to experience other cultures, so I applied for a teaching position in a number of different countries,” White said.

After looking over his options, he decided on South Korea.

“The best fit for me seemed like South Korea, and so I ended up going to Seoul. Not necessarily because I wanted to teach — I didn’t have a big interest in teaching — but more so because the pay was pretty good,” White said.

After his first year of teaching ESL to Korean high school students, he realized that, to his surprise, he enjoyed teaching and was quite good at it.

“I ended up just really loving it and realized that I was really good at teaching, and I liked working with young people,” White said.

This caused White to extend his stay in Korea, teaching another two years of elementary school. While back in the United States, he resumed teaching in San Francisco, but unlike the simple undergraduate requirement for teaching in Korea, he would need to get a teacher’s license.

“I got my Multi-Subject Credential so I could teach at the elementary level, I taught there [San Francisco] for a couple years,” White said.

While working in the San Francisco Unified School District, White came across an unlikely opportunity.

“There just weren’t enough special education teachers, so they were subsidizing additional specialized credentials for teachers who maybe had an interest in going into special ed,” White said.

White jumped on the opportunity and has been teaching special education for eight years now.

“One of the main things that I really like about special education is that it doesn’t specifically focus on one subject. I love teaching English but I don’t want to just teach English,” White said.

Although this is White’s first year teaching at Burlingame, he couldn’t be happier.

“So far, I’ve had a great first impression,” White said. “I really love my students, my co-workers, and they have all been super welcoming, and it already feels like a great fit … I’m excited for what the future holds at Burlingame.”

Donate to The Burlingame B
$0
$500
Contributed
Our Goal
Submitting donation...