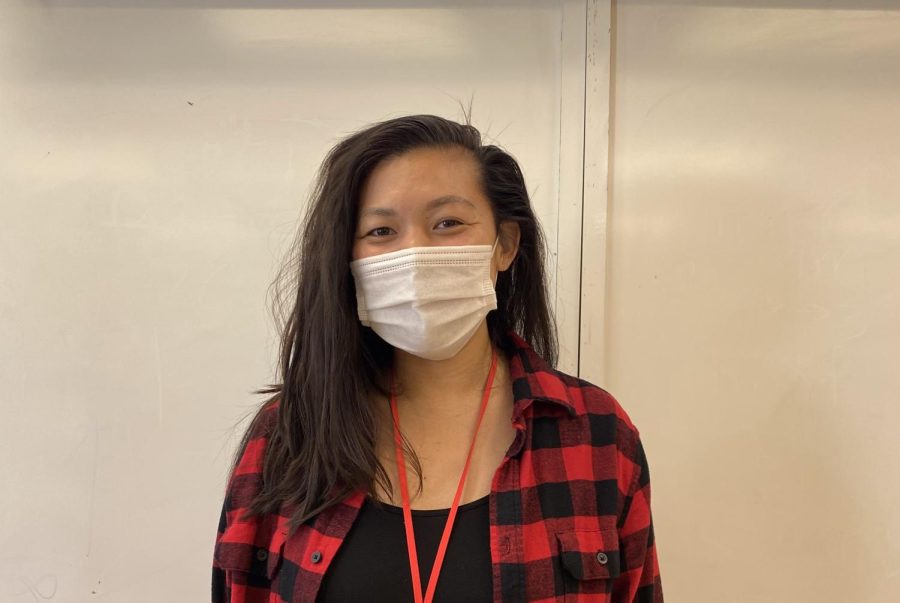 New geometry teacher Stephanie Loi always felt she was destined to be a teacher.

In fact, it was teaching that got Loi through a tumultuous high school experience. By the end of her junior year, she had quit basketball, her favorite sport, and experienced a falling out with her friends. Disconnected from everyone, she began searching for a saving grace.

Loi decided to join the Teacher’s Academy at her school, which taught students the basics of becoming a teacher.

“Teaching was something I wanted to do since I was seven years old. I feel that I’ve always known I would become a teacher,” Loi said. “So the Teacher’s Academy was probably one of the best ways for me to have ended high school.”

Teacher’s Academy helped Loi develop the fundamental skills needed for teaching, introducing her to psychology and giving her classroom experience.

“The academy really helped solidify teaching as something I wanted to do,” Loi said.

As Loi began her teaching career, she was initially attracted to the prospect of teaching English, but fell in love with math after subbing for a friend’s class.

Math, Loi felt, offered something different: the opportunity to expose students to a unique perspective.

“I found it special that in math, there are many ways to get to a solution. Rather than emphasizing students to ask themselves if they’re correct, I want them to focus on the process of how they got those answers,” Loi said. “I think it’s important to challenge the way people think it’s not always about just getting the right answer, but how you get there.”

It’s equally important to Loi that she gets to see the reactions of her students as they go through the process of finding the correct answers.

“I am always excited to help students realize they don’t actually hate math, and it can actually be fun, or moments when the light bulb goes off because they’re struggling so hard and all of a sudden everything clicks,” Loi said.

Loi brought that passion for teaching math to Burlingame, where she has received warm welcomes from both students and staff.

“It’s very nice knowing that I have a support system where everyone is so nice and helpful around me,” Loi said.