Veteran head coach Philip De Rosa and the varsity program welcome an unexpected surprise this winter: seven new faces from one of the top freshman classes of De Rosa’s 25 year tenure. Following the loss of a dominant senior class that carried the defensive line — including college commits Ella Macko, Amalie Pianim and Sofie Rodriguez — freshmen contributions should help to alleviate their absences.

The Panthers also return a seasoned and equally talented group of upperclassmen. Seniors Josie Lacrosse and Olivia Mausehund, who have started on the varsity level their entire time at Burlingame, are expected to be impact players in the midfield. Senior Jamie Callantine, who missed last season due to a torn ACL, doesn’t look like she’s missed a beat. Juniors Cora Haggarty, Kaylee Ng and Elise Spenner, who have also been varsity starters throughout their high school careers, will be keys to a strong frontline. And senior Emily Geraghty, who De Rosa described as incredibly dependable, will be the starting goalie this year.

De Rosa is a defensive-minded coach, as 11 of the team’s 13 wins last season were shutouts. With a re-equipped defensive line and what he says is a feisty, tenacious and mentally tough group, that approach should carry into this season.

Looking at his roster from top to bottom, De Rosa emphasized that every one of the players were capable starters. While seniors Dana Brooks and Emma Glynn are nursing a knee and hip injury, Burlingame will have a “next man up” mentality.

Interestingly, the team has three pairs of siblings: Emma Glynn and junior Roisin Glynn, Cora Haggarty and freshman Mika Haggarty, as well as Olivia Mausehund and freshman Sophia Mausehund. Perhaps that is partly the reason for the team’s easy and jubilant chemistry — already palpable early in the season.

Ahead of the team’s first home game against Mills High School on Nov. 29, De Rosa will continue to experiment with rotations and solidify his starting lineup. Either way, expect contributions across the squad, and for the Panthers to play toe-to-toe with their opponents in an always competitive Peninsula Athletic League Bay Division.

Coming off a successful season where they topped the Peninsula Athletic League (PAL) Bay Division with a 6-1-3 record, boys’ varsity soccer will look to return to form this season.

Even with graduating players leaving the squad, including captain center back Ian Jackson, this season’s team will still have plenty of experience. A majority of the core players last season were junior and sophomore players. Burlingame’s defense gave up just seven goals last season, the lowest amount in the league. This year’s defense will have big expectations to live up to.

Like last season, head coach Anthony Dimech will emphasize possession — keeping the ball while playing up tempo. Thanks to the experience of his players, Dimech is confident that this squad can build off and potentially improve upon last year’s success. Ideally, the team could even push beyond the first round of the Central Coast Section open division, something the team has failed to do in the last two seasons.

They will also benefit from fresh talent, with players such as junior Kevin Ascarza, who impressed at the junior varsity level last season.

The absence of Jackson’s leadership will hurt, but Dimech remains optimistic that someone will step up in his place.

Senior midfielder Alex Kelly could be just the candidate to do so, as a player who brought a lot of energy and covered a lot of ground all over the field last season. Kelly will play a pivotal role in moving the ball up the pitch and protecting the center backs in defense.

The team has established a winning culture the last few years, and expects to make another run for the top spot in the PAL Bay.

Last year’s girls’ varsity basketball team was as good as it gets. Although Burlingame narrowly fell in overtime to Aragon in the Central Coast Section semi-finals, they achieved great success, boasting an impressive (19-8, 9-3 Peninsula Athletic League South Division) record.

This year’s roster will certainly not look the same. The departure of last year’s seniors is a loss of valuable veteran experience, but three transfers to elite private school teams will leave the most prominent voids. The absence of reliable point guard Sachi Urushima, leading scorer Elana Weisman and leading rebounder Ava Uhrich will be felt throughout the roster. Weisman and Uhrich were both dominant forces in the paint and earned first-team all-league honors.

Most of those new faces are underclassmen with a unique opportunity to impress the coaches and earn more playing time early in the season. Sophomores Jillian Kiniris, Sienna La Mark, Miranda Sibley and Hailey Miller have made positive impressions, according to Dito. And senior Malia Schmidt, who played soccer last year, has stood out in preseason play.

The team has spent more time practicing than in past years in an effort to figure out team dynamics and rotations before league games begin.

Despite their youth and inexperience, the team is still committed to maintaining its competitive edge. The drastically different roster isn’t limiting the ambitious expectations about how far the team can go.

With the graduation of nine members, including their entire starting five, the Panthers will lean heavily on seniors with varsity-level experience. Guards Zaden Martin and MJ Dowd, who both received minutes as juniors on a senior-centric team last year, will need to be impact players for Burlingame to remain at the top of the league.

Senior center Kyle Haslam, who battled injuries throughout his junior season, will be a centerpiece of the Panthers offense this year. Standing at 6-feet-6, Haslam will give Burlingame — traditionally known for its small ball lineups — a physical presence in the paint.

The team will also rely on juniors Tyler Lachance and Zach Shapiro to contribute, as well as strengthen Burlingame’s roster. Despite many new faces, the Panthers have high expectations for the season, and the end goal is a return to their CCS championship form.

Cheer is the only sport that competes in two consecutive high school seasons. That means November is a busy month for the program as they transition  from cheering for the football team to rallying the boys’ and girls’ basketball teams. Thankfully, the team doesn’t lack in camaraderie and chemistry, as they have been practicing with the same members since June.

Working hard with four practices a week, the cheer team has their eyes set on their first performance: the winter rally. Similar to the “Little Big Game” held on Nov. 5, the upcoming rally on Dec. 1 aims to promote school spirit before the end of the semester. Although the switch from a football field to an indoor gym can be difficult, the squad has been training indoors for weeks: at the start of November, winter soccer practices on the stadium field forced the team into the cafeteria.

The change in the practice location eases the abrupt transition from field to gym since cheerleaders are able to sooner familiarize themselves with performing in an indoor environment. Many cheerleaders claim that cheering for football is uniquely challenging, as they must shout in order to project their voice into the stands of a massive stadium. On the other hand, in a gym, sound reflects off of every corner of the walls. Though the cheer team’s setting is different this season, don’t expect that to have an impact on their effort or energizing spirit.

Multiple departures from last year’s wrestling squad leaves the program room to establish a new image and pave a new path to the Central Coast Section (CCS) playoffs this winter.

Former assistant coach Ernesto Nunez has stepped into the role and has the energy and passion to revamp the program, which has been very successful in the past five years.

During last year’s season, however, the team took a massive hit when players departed from the team in the middle of the season. to. Notably, by the end of the season, the girls’ side of the squad had no active wrestlers.

This year, there has been a massive influx of participation with around 30 total wrestlers on the squad and eight girls ready for competition. Look out for seniors Emmi Cate and Erika Jiang, who have been standouts in preseason practices. On the boys’ side of things, be ready for strong campaigns from juniors River Lee and Ariuka Purev-Chang. Experienced wrestlers like sophomore Quinn Jones, senior Nabil Balach and junior Ellis McConnell, among others, are also poised for successful performances this year.

New leadership presents a new opportunity, and Burlingame’s wrestling team is back for blood. In particular, the Panthers have their eyes set to compete with league favorite Carlmont High School in the coming months. The team had their official weigh-ins and will face their first test of the season on Saturday, Dec. 3 in a tournament at El Camino High School. 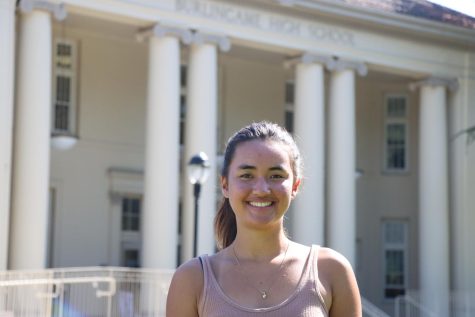 Michelle Moshkovoy is a senior and a third-year journalism student at Burlingame High School. She is excited to be sports editor this year, delving deeper... 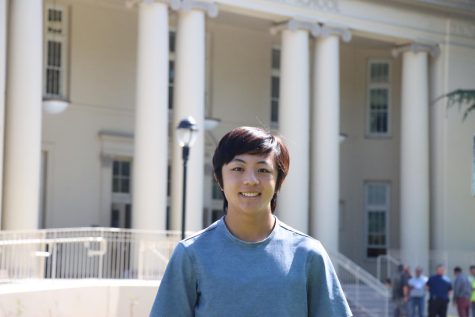 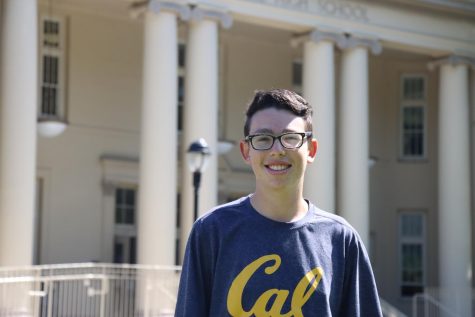 Zachary Newman is a sophomore and first-year journalism student. In his free time, he plays with his dog, watches television, spends time with friends... 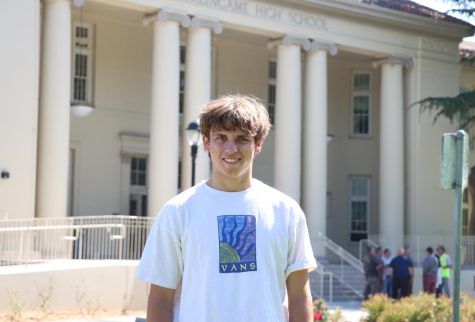 Danny is a Senior at Burlingame High School and a first year journalism student. President of his class, Danny is excited to learn and report on the interworking... 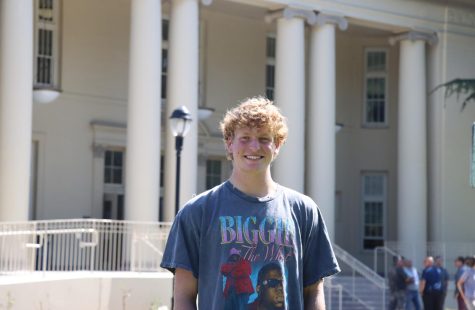 Zach is a junior in his first year on the Burlingame B staff. Outside of school, he spends a lot of time playing Football and Basketball, both within BHS... 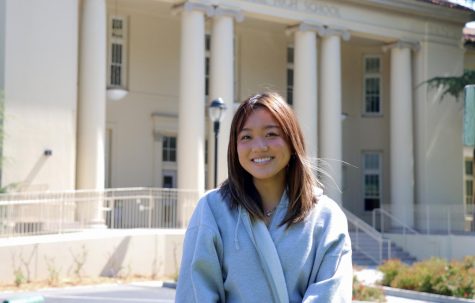 Jeannine Chiang is a sophomore at Burlingame High School and a first-year Journalism student. She's excited to join Journalism because she's passionate... 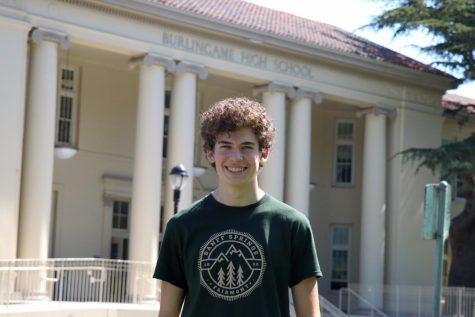 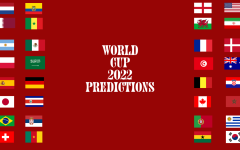 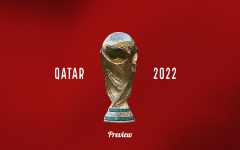 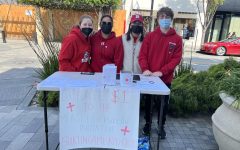 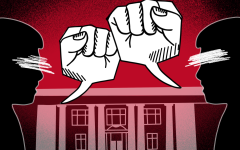 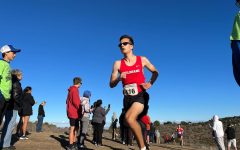 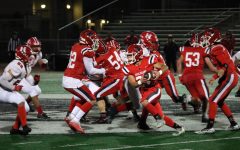 Burlingame’s CCS dreams over in the first round 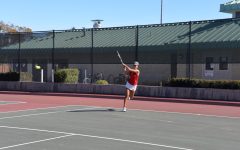 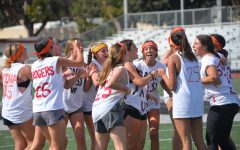 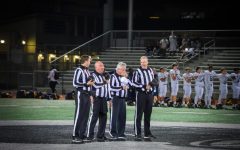