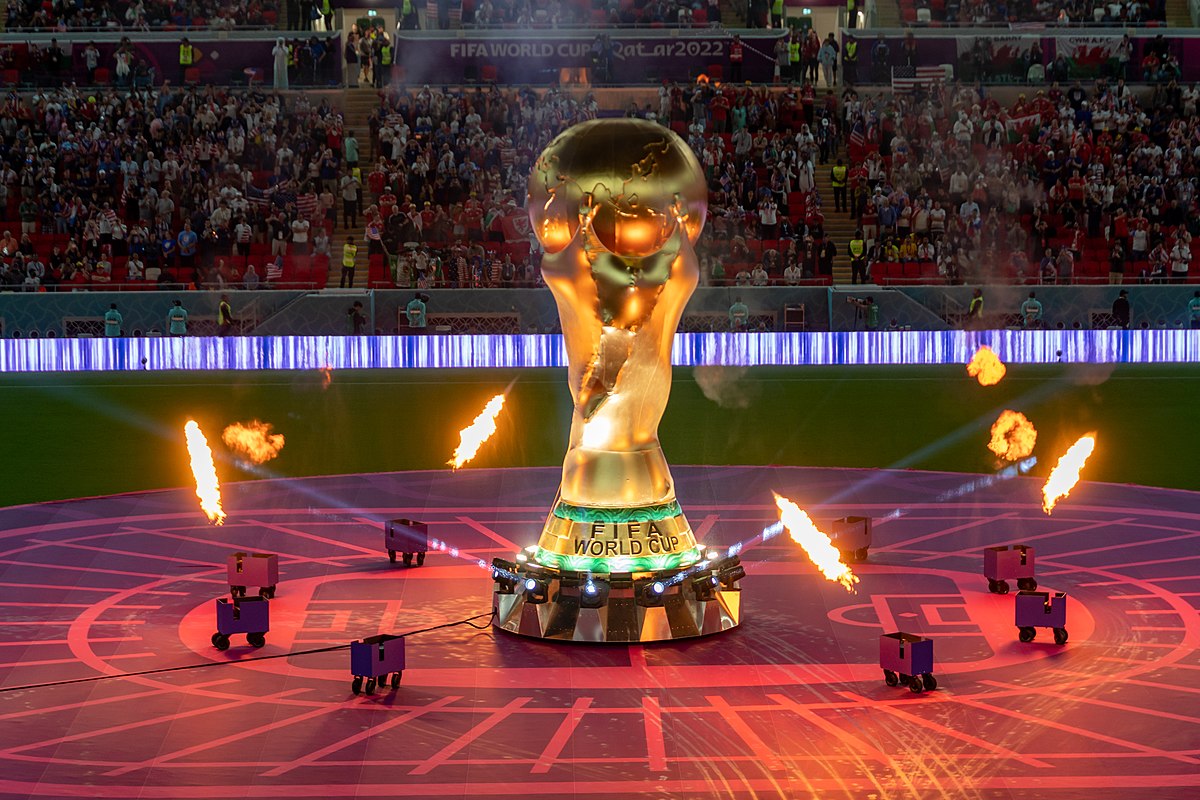 The drama, the upsets, the golazos — the 2022 World Cup was the experience of a lifetime. (Photo courtesy of Wikimedia Commons)

The drama, the upsets, the golazos — the 2022 World Cup was the experience of a lifetime.

Looking back at a momentous World Cup

Despite the controversies surrounding the Qatar 2022 World Cup — tragic deaths, neglect of migrant workers and homophobia — Qatar produced possibly the most entertaining World Cup tournament of all time. The drama, the upsets, the golazos — it was the experience of a lifetime. In my preview of the tournament, I covered the contenders and the dark horses. Now, I’ll be taking a look at how each of those teams performed.

Possibly the best thing that could have happened for Argentina in this tournament was losing to Saudi Arabia in their first match, one of the biggest upsets in World Cup history. The humiliating defeat broke a 36-match win streak, woke up Argentina and lit a spark in them. And now, Lionel Messi has finally won a World Cup, the trophy that has eluded him for so long. As expected, Messi was the king. He led the team in both goals and assists. But Argentina’s other savior was goalkeeper Emi Martinez. Martinez made crucial saves in penalty shootouts against Netherlands and France, but he will be remembered for his save on Kolo Muani at the end of extra-time that kept Argentina’s hopes alive and sent  the World Cup final to a penalty shootout. As I expected in my preview, there were vulnerabilities in Argentina’s defense. They blew 2-0 leads against the Netherlands and France, both in the span of 10 minutes. Still, their defense held strong under pressure for the most part — and even when it did fall apart, Messi was there to save the day.

Despite the many injuries, France looked as good as ever. Kylian Mbappe’s brilliance was on full display, reaching his second World Cup final at age 23. Antoine Griezmann, with precise passing and surprisingly strong defensive contributions, was an incredible presence in the midfield. Olivier Giroud showed off his goal scoring prowess. Overall, it seemed Les Bleus were too strong to be beaten, and would overcome the World Cup curse with a second consecutive championship. Their physicality was second to none, balanced by the technical abilities of players like Mbappe and Griezmann. However, a dreadful first half in the final against Argentina was their downfall, as they were simply outmatched and outskilled in every facet of the game, conceding two early goals. Mbappe nearly single-handedly completed one of the most astonishing comebacks in World Cup history, scoring the first hattrick in a World Cup final since Geoff Hurst in 1966. But his efforts were not enough, and France lost to Argentina in penalties. Still, Mbappe has proven himself to be the best young star in soccer, and there are no doubts that he will bring Les Bleus back to World Cup glory.

Another World Cup, another Cinderella run for Croatia. Not only did they reach the semifinals, they beat Brazil, the favorites of the tournament and one of the best World Cup rosters of all time. Luka Modric was spectacular as always in the midfield, and young center-back Josko Gvardiol had a breakthrough tournament. Despite a lot of core players likely retiring by the time the 2026 World Cup comes around, Croatia have enough young talent to remain a dark horse for years to come.

It was another disappointing tournament for the Selecao as they crashed out in the Quarterfinals against Croatia. As I mentioned in my preview, Brazil has been knocked out by a European team in the last three World Cups, and Croatia made that four. Brazil showed flashes of their brilliance, scoring beautiful goals left and right, and dancing all over their opponents. Unfortunately, they’ll be dancing their way home after an unfortunate loss in penalties despite being in control for most of the game. In the end, the story of Brazil’s 2022 tournament was good but not good enough. Brazil are still young though, and assuming that Neymar is fit enough to play come 2026, Brazil’s roster will be just as strong.

In my preview, I noted that England plays very conservatively, preferring to score one or two goals and sitting back to defend. That’s why it was such a pleasant surprise to see the Three Lions put six goals on the scoreboard against Iran. It felt like manager Gareth Southgate was finally learning to use the attacking talent he has. But as the tournament went on, England’s conservative side re-emerged as they defended and played on the counter attack in their 0-0 draw against the USA and their win against Senegal. It looked promising for England, but unfortunately, they faced a formidable France squad in the quarterfinal — probably the most difficult opponent they could have faced on their side of the bracket . A missed penalty late in the game by the usually reliable Harry Kane ended England’s tournament dreams, and once again, football will not be coming home. Still, young stars Bukayo Saka and Jude Bellingham were stand-out players in the tournament and will be staples for England moving forward.

It’s a sad ending for Cristiano Ronaldo, who will walk away from the World Cup for the final time. Once again, Ronaldo failed to contribute outside of scoring goals, although he didn’t do much of that, either. But let’s not talk too much about him. After all, his highlights in this tournament were scoring a single penalty, trying to claim a goal that his teammate clearly scored, and being benched in the knockout round. Bruno Fernandes was the standout player for Portugal, as a great playmaker in the midfield. Young talent like Rafael Leao, Raphael Guerriero and Goncalo Ramos stood out, and they will likely be at the forefront of this Portugal team for World Cups to come. It’s a bitter ending for Ronaldo, but it’s the start of a new future for the Seleção.

USA (Eliminated in Round of 16)

The USA showed us their potential, raising hopes for  the 2026 World Cup. They proved to be a well-organized team, strong in possession and strong in defense behind 35 year-old center-back Tim Ream. As well as they performed (edging out a great and unexpected draw against England, defeating Iran, and nearly beating Wales if not for an idiotic mistake by Walker Zimmerman), they still need to make changes. As I mentioned in the preview, the lack of a formidable striker in the attack could prove to be worrisome for the USA, and in fact, it did. Haji Wright was awful in the games he played, his one goal being a fluke flick that really shouldn’t have happened. Josh Sargent was effective as a big body up top, but ultimately didn’t do much. The other striker option, Jesus Ferrierra, barely even played. Additionally, the USA might have to look into getting a new manager if they want to succeed in 2026. Gio Reyna’s reported clashes with current manager Gregg Berhalter led to him barely playing at all in the tournament. The USA can not afford these types of clashes if they are looking to cash in on their golden generation, and they will need a manager that can better take advantage of their players.

Spain (Eliminated in Round of 16)

Like I mentioned in my preview, Spain is a team full of young talent, as more young players take over roles previously occupied by veterans. However, that may have cost them, as they went out in the Round of 16 after a shocking upset against Morocco in a penalty shootout. As expected, manager Luis Enrique heavily emphasized possession. They passed and passed the ball, keeping the ball for an average of 77% of each game. Yet, they often failed to get those passes into dangerous positions on the pitch, which resulted in a constant struggle to score goals.

Uruguay can yell, scream, and attack the refs all they want, but they have only themselves to blame for their catastrophic World Cup campaign. Ghana finally got revenge on Uruguay after the latter cheated Ghana out of a semifinal appearance in the 2010 World Cup, holding Uruguay to just two goals which eliminated them due to goal difference. Uruguay scored just two goals despite having one of the best attacking combos in the tournament. Despite a very disappointing World Cup, Uruguay will still have a future to look forward to with the likes of players Federico Valverde, Ronald Araujo and Darwin Nunez.

Denmark came into the tournament looking to be as explosive and fiery as they were in the 2020 Euros, but instead, the Danish Dynamite blew themselves up in the group stage. They scored 30 goals in their 10 games to qualify for the World Cup, but scored just one goal in their three games in the actual tournament itself. As I expected in my preview, Denmark suffered from its lack of a reliable, goal-scoring striker. In addition, their ability to create chances was nowhere near as good as it was in prior tournaments, with Mikkel Damsgaard, Christian Eriksen, and Joakim Mahle greatly disappointing.

There are no words to describe how bad Lautaro Martinez performed in this tournament. Had Argentina not snuck out the victory in the final against France, Argentinian fans would be calling for Martinez’s head. I expected Martinez to be a proficient goal-scorer as he was in last year’s Copa America; instead, after two poor performances against Saudi Arabia and Mexico, Martinez was replaced in the starting lineup by Julian Alvarez, who scored four goals in his place. Mbappe was the star of the tournament instead, scoring eight goals and nearly single handedly winning France the World Cup. But at the end of the day, Lautaro Martinez — even with his whopping zero goals — is a World Cup champion, while Kylian Mbappe is not. The worst performance as a striker in 2014 belonged to Argentina’s Gonzalo Higuain, and the worst performance in 2022 belonged to Martinez. Maybe there’s something about Argentinian strikers. Still, Martinez scored the winning penalty in the shootout against Netherlands in the quarterfinals, set up Messi’s second goal in the final, and took home a championship; Higuain can only say he cost Argentina a World Cup victory in 2014. 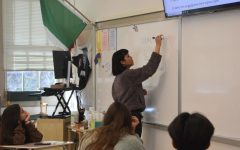 It’s the most comfortable time of the year 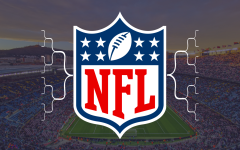 2023 NFL Playoff predictions: Our picks for every game 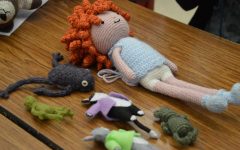 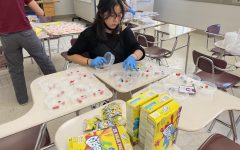 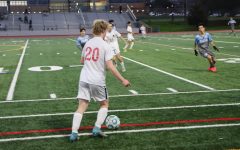 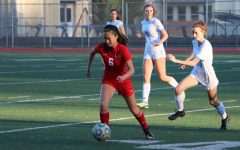 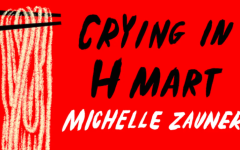 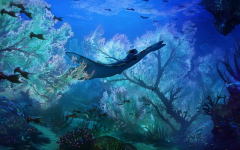 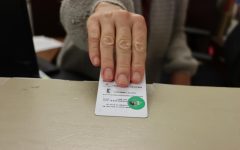